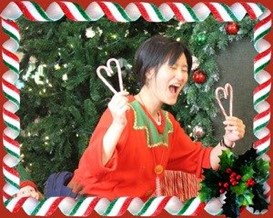 Santa’s elves are a group of magical creatures who work with Santa Claus to help him make and deliver presents for children around the world. Santa’s elves are typically portrayed as small, red or green creatures with pointy ears. They have many different jobs. Some elves work in Santa’s workshop making toys, while others help with the wrapping and packaging presents. And others act as Santa’s assistants, helping him track who is naughty and nice. No matter their jobs, the elves at Santa’s workshop make Christmas a memorable time for the whole family.

The origins of the concept of Santa’s elves

The concept of Santa’s elves started centuries ago with the Norse legend of Thor’s dwarves. These creatures were said to live in caves and mines and were known for their crafting and metalworking skills. Over time, the legend of Thor’s dwarves evolved into the modern-day Santa’s elves. While the details may have changed, the core idea of small, magical creatures who help Santa Claus make and deliver presents remains the same. Santa’s elves are a cherished part of the Christmas tradition, and they continue to bring joy to children all over the world.

Who are Santa’s elves, and what are their duties?

Christmas would not be Christmas without the elves. Each elf has a unique name and plays an important role during the festive season. Each elf has its unique look, but they all typically share the same features of being small and pointy-eared with green or red clothing. Santa’s elves are a diverse group of creatures who come in all shapes and sizes, but they all work together to make the magic of Christmas happen. The exact number of elves who help Santa is unknown. The following are some of the most famous elves.

Children consider him the most important elf out of all the elves. He’s the administrator of the naughty or nice list. In addition, he has the responsibility of compiling the list of nice children who deserve a gift from Santa. It is constantly updated, and he knows how children around the world behave.

He makes all the toys as the head toy maker in Santa’s toy workshop. He created the magic toy-making machine that is now famous all over the world. The art of wood carving comes naturally to him. Over the years, he has carved millions of wooden cars, trains, dolls, and other toys.

He provides security and safety for Santa and Mrs Claus. His primary responsibility is to guard the secret location of Santa’s Village and the magic toy shop. Also, he is responsible for the security of all the elves. Wearing an outfit like a military uniform, he ensures the safety of all in the village.

Among the residents of the North Pole, he is the oldest and the leader of the elves. Together with Santa, he co-founded the Magic Workshop. He is skinny with wrinkled skin. But under that rugged look, he has a big heart and is a dear and loyal friend to Santa and Mrs Claus. He is Santa’s oldest and closest friend.

She is an excellent cook, and in charge of all the sweets, Santa delivers to children worldwide. She knows how to make different kinds of candy that children would enjoy. Also, she assists Mrs Claus in the kitchen.

He is the architect of Santa’s magic sleigh. Maintaining the sleigh and keeping it in top condition to fly through the skies on Christmas Eve is his primary duty. In addition, he feeds and cares for the reindeer.

Christmas would not be what it is without Santa’s elves playing a significant role in making the celebration magical. The goal of their job is to ensure everyone has a wonderful Christmas. While they make Christmas exciting and fun, they also encourage children to be their best selves.